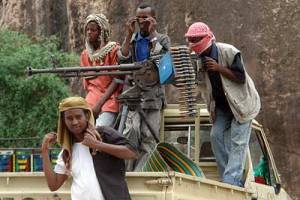 In HH (Somalia) v Secretary of State [2010] EWCA Civ 426, the Court of Appeal held that the route of travel may be a matter of safety for returnees, which must be considered by decision makers if there is an evidential basis for determining the issue.

In the latest reported decision about Somalia the Upper Tribunal applies both decisions to the facts of another Somali national, AM. The facts advanced by AM in support of his claim for protection had been comprehensively disbelieved by the First Tier Tribunal. AM’s appeal was accordingly dismissed, but he appealed to the Upper Tribunal.

AM alleged the First Tier Tribunal  had not adequately considered whether the situation in Mogadishu, (the place where he was to be returned) and his journey from there to a place of safety (Afgoye) placed him at real risk of serious harm. That was the only issue before the Tribunal. No point was taken in relation to First Tier Tribunal’s assessment of AM’s credibility.

The Upper Tribunal held that in HH (Somalia) [2010] EWCA Civ 426 the Court of Appeal was not setting down a threshold requirement for cogent evidence before it was open to the Tribunal to consider the issue of safe route. Instead, the Court was simply making the point that the issue need only be considered if there was a proper evidential basis for doing so.

The Tribunal also held that ‘in the light of the comprehensive rejection of the appellant’s credibility, the issue of the safety of returning from Mogadishu to Afgoye had to be assessed in the light of the general background evidence on this issue: MA (Somalia) [2010] UKSC 49.’

Finally, and most importantly, the Tribunal held that whilst the situation in Somalia is volatile, the background evidence failed to establish that generalised or indiscriminate violence was at such a high level along the route between Mogadishu and Afgoye, that the appellant would face a real risk to his life or person, entitling him to a grant of humanitarian protection. The Tribunal put it this way:

We accept, in the light of the evidence in the report of the Fact-Finding Mission to Somalia, that travel is not only possible but does take place with some degree of frequency from Mogadishu Airport into the city of Mogadishu and into other areas in Somalia. We accept that there are regular, even if limited, flights into Mogadishu, some fifteen to eighteen a day, the report referring to their being just over 12,000 passengers in eight months. Buses and taxis operate between the airport and the city and travel is possible to other cities and through the Afgoye corridor.

AM is not reported as a country guideline decision. It is therefore not binding on other decision makers. Even so, in another recent decision, (TR (Pakistan) [2011] UKUT 33 (IAC)) the Upper Tribunal held that: ‘it is incumbent on immigration judges to follow findings of fact made by the Tribunal in a reported case dealing with the same factual matrix unless there is good reason to revisit the earlier decision’.

If the above decision is right, AM will effectively be the starting point for decision makers in the Home Office and the Tribunal. Even so, two points should be borne in mind. First, AM was able to make the journey under consideration on two previous occasions without harm. Connected to this is the fact that his case was determined ‘in the light of the comprehensive rejection of the appellant’s credibility.’

Secondly, this author is aware of similarly placed appellants whose appeals were allowed but not reported by the Tribunal. Therefore, the quality of country information is, as ever, all important. In cases where an individual’s account is completely disbelieved, the country material will be determinative.

Joint Council for the Welfare of Immigrants is a key campaigning voice in the field of immigration, asylum and nationality law and policy. It is completely independent from government funding, remaining entirely free from government influence. END_OF_DOCUMENT_TOKEN_TO_BE_REPLACED
This entry was posted on Friday, March 4th, 2011 at 5:11 pm and posted in Case Notes. You can follow any responses to this entry through the RSS 2.0 feed.
« Changing the territory we work on
Women, asylum, and the need for fairer decisions »

One response to “AM (Evidence – route of return) Somalia – Case note”