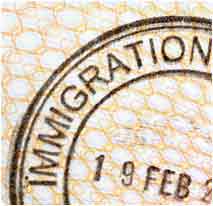 The Government has today laid a ministerial statement in Parliament outlining various worring changes to the Immigration Rules. Most of the changes are due to take effect on 6 April 2012, although some of the changes to Tier 2 will affect those who were granted leave after 6 April 2011.Key changes as identified by UKBA on their website are as follows:

Migration Watch and The Daily Express are delighting in the latest figures served up by the Office for  National Statistics in response to a twisted question by a Tory backbencher.

Nicholas Soames asked one of those smarmy questions which the Coalition government is delighted to field and answer in as much detail as possible. In full, he asked (according to Hansard):

“To ask the Secretary of State for the Home Department what the (a) number and (b) proportion of births was where one or both parents were foreign-born in (i) London and (ii) each London borough within Greater London in the most recent year for which figures are available.” END_OF_DOCUMENT_TOKEN_TO_BE_REPLACED

Post by Josh Reid, who is currently an intern  with JCWI in the communications department.

JCWI have made submissions to the Leveson inquiry regarding asylum seekers and migrants in the media, which we hope the inquiry will address in order to change immigration reporting for the better.

Yesterday saw Paul Dacre give evidence to Leveson inquiry, and Daily Mail editor in chief was forced to repeatedly defend the output of his staff in relation to a host of false, misleading and at times bizarre stories. END_OF_DOCUMENT_TOKEN_TO_BE_REPLACED

Dean Atta: Two Tongues are Better Than One

Dean Atta has recently gone viral online with his poem “I am Nobody’s Nigger” which was written and recorded in the light of the convictions of two of Stephen Lawrence’s murderers and is a tremendous response to the attempted appropriation of the offensive word in certain areas of today’s black youth culture. He wrote a poem about language and immigration from his own personal experience. We thought you might like to hear it, Dean is soemone we’d like to promte and gain a wider audience for. Migrant voices (even second generation ones) are what makes the UK such an amazing place to live in. As always with our guest bloggers, the views below are those of the author. END_OF_DOCUMENT_TOKEN_TO_BE_REPLACED

Two thoroughly depressing videos are racking up an incredible number of hits on the internet at the moment. Foul mouthed racists on public transport abusing fellow passengers with opinions so abhorrent even the Daily Mail has seen fit to condemn the abusers.

What the Home Secretary – and others like her – need to consider is that when they pass objectionable legislation which reflects the idea that it’s okay to exclude and penalise others because, for example they don’t, or can’t speak english, that thinking  is going to get an echo in other parts of society. The Mail itself needs to take a look at it’s own role in this saga. Their nasty hatchet job, penned by Amanda Platell, on Rashida Chapti the focus of a test case on the English language pre-entry requirement could only have encouraged the filthy outbursts of these two women.

Makes you think, if Platell’s and May’s lives had progressed without their well paid jobs and university education, Youtube might be streaming a healthy dose of “there but for the Grace of God…” for these two influencers of public opinion.

For those who’ve had the fortune to miss the videos thus far, let us ruin your day right now. 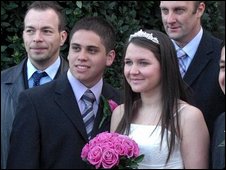 The immigration Minister today made the following statement:

Statement of changes to the Immigration Rules

The Minister of State for Immigration (Damian Green):

On 12 October 2011, the Supreme Court found that whilst they recognised that the Secretary of State was pursuing a legitimate and rational aim of seeking to address forced marriage, a rule (increasing the minimum marriage visa age from 18 to 21) disproportionately interfered with the Article 8 rights of those who were in genuine marriages. Accordingly, the Secretary of State has decided to revert to a minimum age of 18.

There is no place in British society for the practice of forced marriage. It is a breach of human rights and a form of violence against the victims. That is why the Prime Minister has announced that the Government will criminalise the breach of Forced Marriage Civil Protection Orders and that there will be a consultation on making forcing someone to marry an offence in its own right.

We are also investigating what more we can do to identify and protect those young people who have been placed at additional risk.

We welcome this move from the Government to treat all spouses and partners equally.  We are happy to see that the common sense prevails, and hope that the Government will put in place appropriate arrangments to deal swiftly and fairly with those individuals who were refused visas/leave on account of this unjust and discriminatory rule.

Theresa May was not making it up 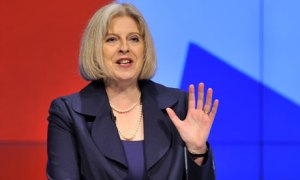 No, the Home Secretary did not make up the myth about the cat – she has people to do that kind of thing for her.

In her conference speech today, Theresa May said:

“We all know the stories about the Human Rights Act … The illegal immigrant who cannot be deported because – and I am not making this up – he had pet a cat.” END_OF_DOCUMENT_TOKEN_TO_BE_REPLACED

We’re very excited about the forthcoming film I Am Nasrine, we hope it gets a wide cinema release and a healthy dose of promotion. Meanwhile, check the trailer…

The Real Deal for Asylum Seekers

In response to a previous article on complaining to the media, we were asked to provide ammunition in the form of exactly what asylum seekers do get whilst waiting for a decision. there are so many incidences of tabloids reporting asylum seekers of living in the lap of luxury and costing a huge amount to accommodate, it is necessary to point out the facts. END_OF_DOCUMENT_TOKEN_TO_BE_REPLACED

Spanners in the media’s misinformation works

We managed to get a correction, on an important detail, made by The Daily Mail to a piece they published earlier this year. They’d run an article bemoaning the case of a family of refugees living in a large house (there were ten in the family) paid for by housing benefit. Crucially, they referred to the family as asylum seekers, in the headline and in the body of the article, and thus contributed to the on-going demonization of asylum seekers – being a drain on public resources. END_OF_DOCUMENT_TOKEN_TO_BE_REPLACED