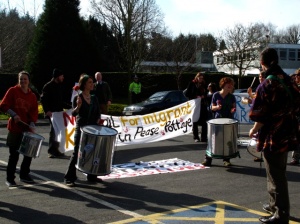 In a use of language that would fit snugly into Orwell’s 1984, the end of child detention is being bolstered by the opening of a family prison. But there’s no need to be concerned, for this is no ordinary family prison, there are two significant differences: END_OF_DOCUMENT_TOKEN_TO_BE_REPLACED

The Independent Monitoring Board has published its report on the welfare of detainees held at Heathrow’s non-residential short-term holding facilities over the year to January 2011. During the period covered by the report, the facilities were run by private company G4S.

The report expresses exasperation over the failure to make changes recommended in previous reports – ‘Yet again we draw attention to the fact that men, women and children continue to be detained in unsuitable conditions’ (p. 10). The ‘regrettably degrading features’ still in evidence include a lack of proper sleeping and washing facilities, poor ventilation and temperature control, and the presence in one facility of strip lighting that cannot be dimmed at night (p. 4). The report remarks that poor conditions might perhaps be ‘tolerable’ if holding times were ‘very short’, but they are not (p. 10). END_OF_DOCUMENT_TOKEN_TO_BE_REPLACED 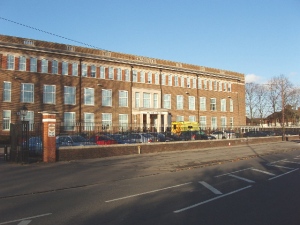 In January, HM Inspectorate of Prisons published a review of conditions in UKBA short-term holding facilities (STHFs) between 2004 and 2010. These facilities usually hold people who are awaiting deportation or being investigated by immigration officers following arrival.

Drawing on 81 reports published over the six-year period, the Inspectorate notes a general improvement in the physical environment of STHFs and the management and care of detainees (p. 6).  END_OF_DOCUMENT_TOKEN_TO_BE_REPLACED

For around 15 years, SSHD maintained a published detention policy which included a presumption in favour of liberty. However, following adverse publicity in 2006 caused by the mistaken release of Foreign National Prisoners (FNPs) the then SSHD adopted a new unpublished policy which imposed a near blanket ban on their release.

The Reality of Indefinite Detention in the UK

By jcwi
Following yesterday’s welcome announcement that pre-charge detention for suspected terrorists  is to be reduced from 28 to 14 days, Hsiao-Hung Pai takes a look at the reality of indefinite detention of immigrants. She is a journalist and the author of Chinese Whispers: the True Story Behind Britain’s Hidden Army of Labour, Hsiao-Hung was shortlisted for the Orwell prize for her fantastic coverage of the Chinese cockle-pickers tragedy in Morecambe Bay in 2004.

Li Ming sounded particularly anxious when he called me from Dover Immigration Removal Centre. He said that his fellow detainee, a quiet man from Mongolia, had attempted suicide. “He’s been locked up long enough to lose hope,” Li said.

As they sent the Mongolian man away to another removal centre, Li thought about his own future. This will be the third year he spends in detention. “I can see the blueness of the sea from the windows here,” he said, “It reminds me of the freedom that we can’t reach.” END_OF_DOCUMENT_TOKEN_TO_BE_REPLACED

The report published earlier this year by Medical Justice entitled ‘State Sponsored Cruelty’ : Children in immigration Detention was dismissed by a judge as biased and sensationalist largely because of its title; it was unclear how much of the report the judge had actually read. Looking into immigration detention of children and the coalition government’s commitment to end child detention, the title is not some critic trying to condemn the Government for its failings. It is a quote from the deputy Prime Minister, Nick Clegg, as he described the practice of detaining children.

END_OF_DOCUMENT_TOKEN_TO_BE_REPLACED

A five-year-old child was sexually assaulted at Yarl’s Wood immigration detention centre – and the authorities failed to investigate the incident, a report published today reveals.

The boy was in the care of immigration services when he was found engaging in a sexual act with another five-year-old and there is evidence he had been abused by an eleven and fifteen year old during his stay.

However, the police failed to properly investigate the incident while social workers misunderstood the circumstances around “consent” at such a young age and failed to fulfil their obligations because the children were not criminally liable.

The report from the Bedfordshire Local Safeguarding Children Board said the families involved could not take part in its investigation because they had already been deported.

The parents of the abused child were not properly informed while the older children continued to pose a risk after the incident in the autumn of 2009, according to the report’s author.

“The government urgently needs to appointment someone with independence, experience and professional competence to run the Review into ending child detention.”

The report found that the local authority earned of evidence that children below the age of criminal responsibility engaged in sexual activity but failed to carry out adequate enquiries in respect of two families.

The police inappropriately terminated their inquiries without reference to specialist child protection officers while the GP involved failed to recognise that this was a child protection situation and failed to ensure that the child was seen by a paediatrician.

Moreover, UKBA officials were reprimanded for not fully briefing ministers on the incident, which may have led to a political reappraisal of the detention of children for immigration purposes.