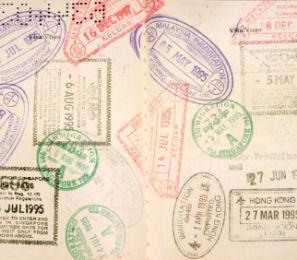 This case before the Court of Appeal  dealt with the interpretation of  rule 317 (iva) of the Immigration Rules (HC 395) post Mahad. Rule 317 (iva) applies to parents, grandparents and other dependant relatives seeking indefinite leave to enter or remain in the UK. It  stipulates that applicants and any dependants are adequately maintained without recourse to public funds.

The appellant was a Somali widow who was seeking to join her British son and his family. Her application for entry clearance was rejected amongst other reasons, because she was unable to satisfy the above maintenance requirement as her son’s income was insufficient. An appeal was lodged.

Although there was no reference to third party support in the original entry clearance application, shortly before the hearing the appellant’s nephew, Mr Shmunye stated that he was willing to support the appellant. He provided evidence of his after tax income and confirmed that he would provide the appellant with £65.45 per week (this was the weekly income support rate for a single person at the time).

After assessing the sponsor’s income, the IJ found that there was a shortfall. The figure was not equivalent to the level of income support that a family wholly reliant on income support could expect to receive plus £64.30 per week (by way of notional income support for the appellant).

The IJ therefore went on to take into account the third party support offered by Mr Shmunye. However,  whilst the level of support met the requisite level for income support for an individual on a weekly basis, it was insufficent to plug the shortfall for the family as a whole on the above basis.  The appeal was therefore dismissed.

The Upper Tribunal upheld the determination of the IJ- it was the overall income which the family had once the appellant joined them which needed to be adequate with or without third party support.

2. Maintenance must be assessed in the round. The judges in the Tribunal were therefore right to employ the composite/culmulative approach to the assessment of maintenance (LJ Davis at para 35 notes that the Court does not express a view about ‘exceptional cases’ where it may be that there are effectively two family units, and money is paid directly to the applicant)

3. Rule 317(iva) requires that the can and will be maintained without recourse to public funds. Potential eligibility for additional benefits by the appellant which could result in the sponsor meeting the income threshold for his family and dependants would not meet the relevant test

4. Including third party support, on the immigration judge’s findings,  the level of support in this case, taken in the round, would still have been inadequate.

Joint Council for the Welfare of Immigrants is a key campaigning voice in the field of immigration, asylum and nationality law and policy. It is completely independent from government funding, remaining entirely free from government influence. END_OF_DOCUMENT_TOKEN_TO_BE_REPLACED
This entry was posted on Tuesday, April 3rd, 2012 at 9:40 am and posted in Case Notes, Families, Uncategorized. You can follow any responses to this entry through the RSS 2.0 feed.
« JD (Congo) and Others v SSHD
Nick Clegg – you’ve got mail. »